The mission of the American Branch of the Richard III Society is to bring forward a historically-accurate, balanced, and fair assessment of a controversial English king, and to support educational initiatives to interpret his times. The Branch connects Americans with the global Ricardian community through joint membership with the Richard III Society (CLG) in the UK, and with one another by organizing events that expand on our knowledge of medieval history.

The American Branch was founded in 1961 and incorporated in 1968 as The Richard III Society, Inc. In 1970, the Branch was granted status as a non-profit educational organization under section 501c3 of the IRS code.  The American Branch has nearly 350 members nationwide with chapters in Florida, Illinois, the Michigan area, the Northwest, the New York-Metro area, Virginia and Colorado.

Members of the American Branch also hold membership in the original “parent society,” The Richard III Society CLG of the UK.

The American Branch publishes its own Ricardian Register and Chronicle periodicals (each twice per year), and also distributes the Parent Society publications, the Ricardian Bulletin (quarterly) and research journal The Ricardian (annually), to all American Branch members.

The American Branch holds a General Membership Meeting at different locations around the country, or online as warranted, to conduct Society business and present relevant papers and presentations.  The meetings are held in November every two years on even numbered years.

Membership in the Richard III Society is open to all. The Society’s unique blend of professional scholars, theater professional and general readers with a love of history & literature fosters an especially vigorous exchange of ideas & information.

The Schallek Awards program memorializes Dr. William B. Schallek, whose vision and generosity established the original scholarship fund, and his wife, Maryloo Spooner Schallek. Today the program is supported by a $1.4 million endowment and is administered by the Medieval Academy of America. Beginning in 2004, the program offers five annual dissertation awards of $2,000 each and a dissertation fellowship of $30,000 annually.

Established in 1993, The Judy R. Weinsoft Memorial Research Library Fund will be used every year to buy books and other materials for the nonfiction library, helping the Branch to keep pace with the explosion in fifteenth- century studies and to give members access to the kinds of materials on Yorkist-era England found only in major library centers.

The McGee fund is an endowed fund to provide Honoraria for our Annual General Meeting speakers.  Morris McGee was a past Chairman and one of the driving forces, and for many years the chairman and principal fund-raiser, of our graduate scholarship program, the William B. Schallek Memorial Graduate Fellowship Awards. The American Branch Board voted to name the keynote speech at the AGM in his honor and to earmark $2,500 from the general fund toward the endowment of a fund to pay honoraria to the speakers each year.

During her life, Maryloo Spooner Schallek gave generously to the American Branch so that it could support young scholars of Richard III and his time period through high school essay contests and bursaries given to undergraduate research projects. In 2009, following Maryloo’s death, the general membership of the American Branch voted to combine her lifetime gifts with the Medieval Artifacts Conservation Fund, creating the “Schallek Special Projects Fund” (SSPF).  The SSPF is aimed at helping young scholars as noted above, but is also to be used for the preservation of medieval artifacts and heritage whether in the United States or elsewhere.

Although the United States has relatively few medieval artifacts compared with England, it has several with Ricardian associations, like the beautifully illuminated “Genealogical chronicle roll of the Kings of England to Edward IV”, commonly called the Edward IV roll. The Richard III Society considers the preservation of our Ricardian heritage to be an important part of our mission, and the American Branch seeks to safeguard those objects.  The Branch would consider any object (manuscript, painting, sculpture, etc.) with a connection to Richard III, his family or, more generally, England during the Yorkist era.

In 1998, the American Branch financially supported a major conservation project on the copy of the “Edward IV Roll” manuscript held by the Philadelphia Free Library (MS Lewis E201.)  In 2009, the Branch helped to fund a complete digitization of another copy of the Roll, this one at the University of Pennsylvania library.

View images of this stunning document and learn more about the preservation processes at the link below.

Since its founding, the Society has made many significant contributions to the field of fifteenth-century English studies.

Support our efforts!  Your donations go to fund the Programs & Projects above, and the purchasing of books for our Member Libraries.  Donate below through PayPal.

“In the belief that many features of the traditional accounts of the character and career of Richard III are neither supported by sufficient evidence nor reasonably tenable, the Society aims to promote, in every possible way, research into the life and times of Richard III, and to secure a reassessment of the material relating to this period, and of the role of this monarch in English history.” 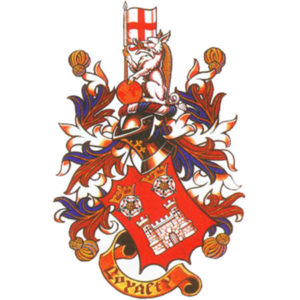 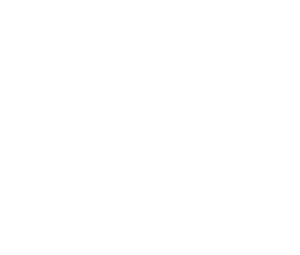